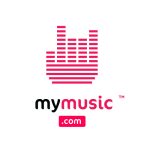 I remember the moment I knew I wanted do be involved in music. I was in the 4th grade, and the band from the local high school had come to perform a concert. The band started playing a rousing rendition of “The Muppet Show Theme”, and I honed right in on the saxophone players. It was the coolest thing I’d ever seen.

From that moment forward, I was driven to do everything I could involved with music. I learned to read music, and I was in the recorder band (I eventually got to play alto recorder which made me by far the coolest one in the band in my eyes). Later on, I joined the choir.

Music stayed with me all through high school, and of course I took up the saxophone. I even got to play “The Muppet Show Theme”, a dream come true for me. Later in high school I joined a marching band, but eventually gave up the sax once I moved out on my own, as my apartment neighbours didn’t appreciate my late night honking.

As time went on, I moved away from performing music, and stepped more into the music scene. I landed my first job in TV in 1990, where I got to produce a local music show called “Soundtrack”. My job was to run around town with a camera and a reporter and interview bands; some not so famous, and some famous (Barenaked Ladies, Los Lobos, and Metallica to name a few. It was loads of fun and I got to live my passion for music through my other passion, creating TV. I consider myself very fortunate for that opportunity.

After I got out of the TV biz, I got back into performing music. I sang in a choir for 4 years, and then an a capella quartet for 2 more years after that.

Then, I kind of dropped music altogether. Life got busy, new things came along and while I still enjoyed listening to music, I was no longer part of the scene or performing. At the end of last year, I realized what a huge gap that had left in my life.

At the beginning of this year, I decided that I was going to find ways to bring music back into my life. I wasn’t really sure how that looked at the time, but I just put it out the universe, to see what would happen.

The first thing that happened was, by a strange twist of fate, I ended up joining a rock band. We’re called Rock, Stock and Barrel, and though we don’t have any gigs booked yet, I’m having an amazing time jamming and singing with them.

The second thing that happened was, back in February, I got a call from my friend Rob Lane. We met for lunch, and he told me about MyMusic. As he spoke, I began to get more and more excited about the idea…a single site where people can search, discover and share music content from across the web. When Rob asked me if I (and by extension, Jester Creative) would be willing to head up the social media and content marketing activities of MyMusic, it was like all of the stars had aligned. You mean, I get to do the thing I love (social media and digital storytelling) for the thing I love most (music)? I think I may have said “YES!” to Rob before he even asked the question.

Fast forward to today, and I’m pleased to announce the launch of MyMusic.com in public beta. The company is growing fast, and what you’re going to see over the next little while is the evolution of this platform into what I believe will be the leading site where people find, share and discover music content online.

Jester Creative is thrilled to be part of the MyMusic team. Go check out the experience at www.mymusic.com, and subscribe to our blog, where we’ll be posting lots of great music articles, as well as exclusive interviews with some of the world’s top artists. You can also follow us on Twitter and Like our Facebook page too!

There’s nothing like your first love, and I really feel like everything I have done in my musical life and work thus far has prepared me to take on this new adventure. Music is one of the most important things in my life, and I couldn’t be happier to be doing what I’m doing.