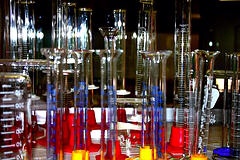 Back in 1998, I had just graduated from a multimedia production program at Algonquin College. In that 6 month, post-graduate course, we learned all about design and development of interactive CD-ROMs, which was still a great skill in those days. The Internet was just starting to become popular, but nobody really knew where it was going at that point. As a result, we had a grand total of 1 day of HTML training in our program.

The moment I had my diploma in hand, I realized that the Web was probably going to be a big deal. I headed to the bookstore and spent what little money I had on a pile of books about HTML and web site design. I then proceeded to spend the next 6 weeks living off coffee and Ramen noodles, learning everything I could about web design. I did more than just read the books though – I built and launched three web sites by myself as experiments. I sat back, with a sense of satisfaction…but not for long. 3 weeks later I was in demand…people saw what I had done, and now they wanted to have sites set up, and they wanted to know how to do it too. My 2nd career as a web specialist and web design teacher was launched and I haven’t looked back.

The point is, school didn’t get me my first job in the web industry. Experimentation did.

The secret to learning

Lots of people take courses to learn new things. School is a great way to build a foundation of knowledge, but for me, it’s only how you learn what you need to know. Most people who work full time opt for continuing education. Continuing Ed is great, but the courses are often pretty fast paced. You’re in and out in a few weeks. It’s a great way to pick up some new ideas, but it’s not until you sit down and apply your newfound knowledge that the real learning begins.

Back in ’98, I could have read all those HTML books and called it a day. But at the end of it, I still wouldn’t have known how to actually build a web site. Instead, I sat down and built three of them. I made tons of mistakes. I ditched hours of work and started over from scratch more than once. I struggled, got frustrated, maybe even shed a few tears. But at the end of it, I knew it backwards.

The secret to learning is not just showing up to class. It’s what you do with the things you’re taught that makes the difference. Don’t just go to class and take a few notes on how to set up a WordPress blog. Go home and stay up till 3am and set up the damn blog. Mess it up. Break things. Just hit publish. That’s the way you learn.

In my expert opinion

You know all those social media “experts” we are always going on about? The real ones, like Chris Brogan and Mitch Joel and CC Chapman? They didn’t get that way by reading books. They got that way by slogging it out while everyone else was hungover from hanging out at SXSW parties till 4am. They got that way by sitting down and doing the work. And mostly they got that way by experimenting. They were blogging and podcasting and tweeting before those words even made it into the dictionary. They were making mistakes and learning everything they could. They are experts now because they have been there, done that, and they frigging earned the t-shirts.

If you want to really be on top of your business, you need to check your ego at the door, stop worrying so much about what other people will think, and sit down and just do it. Play. Experiment. Build things. Take them apart. Fail. Fail again.

It’s the only way.

Last summer I decided to write and publish an e-book. I decided right at the start to offer it as a paid product, not because I was expecting it to become my retirement plan, but because publishing something I expected people to pay money for raised the stakes. I knew it had to be really good and provide real value to people. I new it needed research and editing and formatting. It wasn’t a 20 minute blog post.

I also did it because I wanted to go through the process of publishing and promoting something on my own. It was a sandbox of sorts. I wanted to see what worked and how people responded. I tried different things, and had a few false starts. In the end, I learned a lot. I am amazed at the support of my community and overwhelmed by the response. And I know what I’ll do better next time.

I could read 100 blog posts and 3 books on how to write and publish an e-book. But until I actually perform the experiment I am nowhere. Treat your personal projects like a laboratory. Try things out, compare and contrast. Watch closely, and emulate (don’t copy) the people you respect.

But you have to stop talking about it and reading it in books and sitting there listening to people like me lecture you about it.

This is your experiment. Ultimately, it’s your life.

What will you try today?

3 Ways to Reduce Online Noise and Get More Done

You Are Not What You Do For a Living