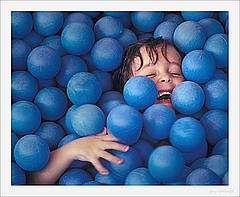 I spend a great deal of time showing people how to use social media to help market their businesses. I spend a good chunk building and implementing social media strategies for clients too. People really want to understand how they can these new communication tools to help drive new opportunities in their doors. I totally get that. I want to do that too!

I’ve been hanging around on Twitter since early 2007. At that time, there weren’t many of us there. My Twitter social circle was pretty small. And in those early days, we spent most of our time just socializing. We chit chatted, joked around, and participated in random silliness. We didn’t spend much time self-promoting, or gushing over gurus, or “leveraging the tools to drive business goals”. We just played with it, and had fun, and got to know each other. We became friends….good friends.

Somewhere along the way, “goofing off” on social networks seems to have become somewhat taboo. If you’re messing around, you’re not getting your super important work done. If you’re being silly, and chit chatting and carrying on, then you’re making too much noise. If you’re not taking things seriously, then people start to take you less seriously. If you’re letting your personal life creep into your online presence, then you’re somehow less of a professional.

But you know what? I’d rather do business with people who have more than one side to them. I’d rather get to know people for their professional talents AND for the kind of human being they are. And sometimes, I don’t want to sell my widgets to people. And I don’t want to have widgets sold to me either, just because we “have a relationship” and are “engaging with each other”.

Sometimes, I just want to hang out with my friends. Because a lot of my friends these days don’t live in the same city, or heck, even the same country as me. And hanging out and chit chatting on Twitter or Facebook or whatever is how we go out for coffee, or beers, or lunch, because we can’t do that in person very often. It’s how we keep up with each others’ lives and families and careers. It’s how we support each other in tough times and celebrate with each other in good times.

So…..Jon, Becky, Amber, Bob, Chris, Other Bob, Diane, Steve, Deb, Chel, Danny, Jason, and Ian…and everyone else in this wacky online world, who I am so honoured to have as my friends. Thanks for goofing off with me. I appreciate all the richness and laughter and hugs and love you bring to my life.

Who Are You Online?

How to Stop Procrastinating on Your Social Media Plan