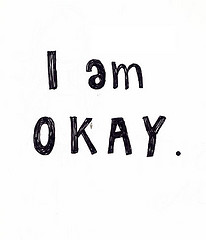 We all make mistakes. Lots of them. And we all know that often, the best way to learn is from our mistakes. The bigger the mistake, the more we learn. But sometimes, we tend to repeat the same mistakes over and over again. It’s as if we’ve learned nothing at all. I think that in many cases, we are going about learning from our mistakes the wrong way. Want to really learn from your mistakes, every time? Here’s what I’ve learned:

Be specific.
In order to really understand what went wrong, you have to be able to identify what the mistake was. This means being specific. Focus on the mistake, not the outcome. If the outcome was that you lost a client, don’t get all wrapped up in the grief of losing the client. It happened, the client is gone, it’s done. Focus on the events that lead to the situation. Analyze what mistakes were made to cause the unfortunate outcome (hint: they might not all be yours, but don’t pass blame). Make a list of the mistakes. Be specific and honest in your description.

Don’t beat yourself up.
When you make a mistake, it’s really easy to go down the road of self-criticism. We call ourselves all sorts of names – naive, dumb, and worse. Stop that. Beating yourself up over a mistake does you no good. It takes you away from coming up with a solution. Put it this way – if the mistake had been made by someone else, would you be as hard on them? Not likely. Look at the mistake as an outside observer, and clear your mind of feelings of guilt, embarrassment, fear or anger – they are useless to you in learning. Simply accept that you screwed up, and move on.

Don’t dwell.
We all have the tendency to dwell on mistakes. We mull it over and over in our minds, imagining all the ways things could have turned out differently, if only such and such had happened, or I’d done something else. There is absolutely no point in dwelling on what’s happened. The past is done. Focus on the opportunity you have in this moment to change things for the future.

Take steps to solve the problem.
Once you’ve written out the mistake, and have been really specific about it, you can look objectively at ways to solve the problem. You may not win back the client (unless you do!), but you’ll be able to find ways to avoid the same situation in the future. Write down your solutions, too. This is where the learning comes in. Now you know how to avoid making the same mistake twice. Next time a similar situation is about to occur, you will have specific steps you can take to avoid disaster.

Look forward to your next mistake.
People who are afraid to make mistakes are boring. If you want to be a singer, but you never perform at an open stage because you’re afraid you’ll hit a wrong note, then you’ll never be a singer. If you want to start your own business but don’t because you think you’ll make a mistake with a client, then you’ll never start your own business. Accept that you’re going to hit a wrong note once in a while. Accept that you’re going to mess up with a client occasionally. Embrace the possibility of making a mistake, and you’ll always have something to learn.

Things To Do During Downtime